Lloyd Morrison on the NZ flag

Self-determination for New Zealand is not a choice, it’s a reality. No one is going to look after us.

A cynic and a comic

Busker (puts down guitar, pulls out ciggies): I bet you I make more money during my smoko break than I do actually playing… because that’s HOW STUPID PEOPLE ARE!!

When it rains it pours

Girl: I know! It’s not like I actually think you control the weather… 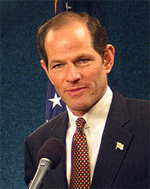 It’s an interesting contrast with Mt Vic’s recreational drug users, from the social dope smokers to the drum’n’bass munters. While some of these are probably next in line for legalisation (once Jim ‘need to protect you from yourself’ Anderton departs) and tolerated like they already are legalised… the law does quite plainly state… they are illegal.

I got a chance (like several thousand others) to head to Craft 2.0 last Saturday at the New Dowse. I always enjoy walking around the stalls – the whole event has such a great feel.

First person I bumped into was Sue Quigley, also formerly of Intergen, who was selling her jewelry. “I haven’t got that much left, it has been a good day”. Fantastic.

Moving around I then saw Jeff and got to witness him selling one of his excellent tikis to an eager punter. I think I can now say I’ve witnessed every single phase of Ponoko end-to-end. Brilliant!

Got to say a quick hello to SuperVery Sue who was busy making sure things were running smoothly. Apparently 1000 people had made it through in the first 30 mins alone, at which point the New Dowse people decided to give up counting… Wow.

Grabbed a copy of Hannah and Thomas’ new baby, World Sweet World. The first issue, for autumn, made its debut at Craft 2.0. It looks and feels great, I love the size of the magazine and I really want to try out the beer glass article. I’m quite inspired that they’ve been able to create a magazine in as few as 4 months. Thinking cap is on to work out if/where/how Ponoko could contribute to the next one. Spiffy!

Then on my way out I saw Yana Skala aka Chromatophobic who was also reporting a good day. Can’t wait to see how her Retarded Raven turns out.

Craft 2.0 is simply awesome. If you haven’t been to one yet you really need to make the effort and head out for the next one. It also has sooo much potential – can’t wait to see it grow and develop (when is the online shop coming?).

S and I have been house-sitting for a friend in Hataitai for the month of March. Torture, as you can imagine, having to babysit a view like this (and one very very independent cat) every evening:

This is a timelapse looking over Evans Bay towards Miramar and Wellington Aiport. The lens kept adjusting for the lowering light in bursts which is why the timelapse looks like it’s almost flickering. I was surprised by the amount of activity on the water while playing it back. And if you look really closely you can see the odd plane heading in to land at the airport as well.

Beats staring at the side of another building in town…

Girl: Hey, where is the Southern Cross?

Girl: No, the Southern Cross. Y’know… the stars…

A couple of my photos on Flickr have been picked up by the online travel guide, Schmap. I feel famous already…

One at the Imperial War Museum in London. And the other of the Beehive here in Wellington.

I guess that makes me a published photographer… right Rowan?

Save our sports shed (or f*** the Hilton)

One of things I really love about living in Wellington is the indoor sports centre on the waterfront. Two things are truly great about the sports centre; the building itself is really accessible and the network of organisers, players, referees, etc, is actually quite an organised network of people.

It will be a big loss to city workers if we lose the indoor sports facilities with the general redevelopment and focus on Wellington’s waterfront. If you care about it, you have until 5pm, Friday the 10th of August to let the Council know your views.

Here is my submission below, do feel free to plagiarise from it if you need! WellUrban has a great article on this as well.

There are many reasons that make Wellington a great place to live and work. A lot of the factors that created this environment we enjoy, funnily enough, are not the result of careful planning or human action.

Thanks to our geography we have numerous fault lines and gorgeous scenery, but also narrow corridors of population and a compact city centre. This means we enjoy the best public transport as well as the most walkable and vibrant CBD in New Zealand.

Wellington’s indoor sports centre is really a continuation of this story. Thanks to our densely packed city, we have a centrally located facility the use of which would be the envy of cities the world over. It’s location on the waterfront so close to our CBD means it is accessible to a huge percentage of our CBD workers.

The eco-system that surrounds the sports centre is organised and holds huge intangible benefits to the people who compete there as well as the workplaces and teams they come together from.

This eco-system could be sustained by the use of the ground floor of Site 10 for an indoor sports stadium, an ideal location that would be just as convenient to inner city workers as the current site. The benefits for a society that is steadily becoming fatter, disconnected and less healthy really shouldn’t be understated.

If the sports centre were to go it would be a loss to workers and the sports people of Wellington, but it will also be a loss to our city’s teams and workplaces. Wellington’s indoor sports is a major asset for us and we should work to ensure it survives.

Remember you have until 5pm tomorrow!

From the “Skinny twisted my arm and made me do it” department, here’s a quick plug for Unlimited Potential’s Gadgets, Games, and Geeks event on tonight. It should be great fun and there are a stack of interesting speakers and exhibitionists exhibitors. I’m most looking forward to the Apple stand – especially if they’ve got the new iMac on display.

What: Gadgets, Games, and Geeks
When: 4.30pm today (August 8th)
Where: Renouf Foyer, first floor of the Michael Fowler Centre
How much: FREE
Register here Went to see the Wellington Phoenix play their first home game at the Stadium yesterday. It was cold but great fun. The quality of the soccer was better than I expected (same can’t be said of the refereeing) and 6000 other punters turned up to watch.

Having a professional soccer team in town with a season that lasts until January? Love it.

Went to see this guy at the Opera House with S on Saturday night. He was brilliant! I was in pain and tears for most of the evening.

If you get a chance to watch him, go.

You are currently browsing the archives for the Wellington category.